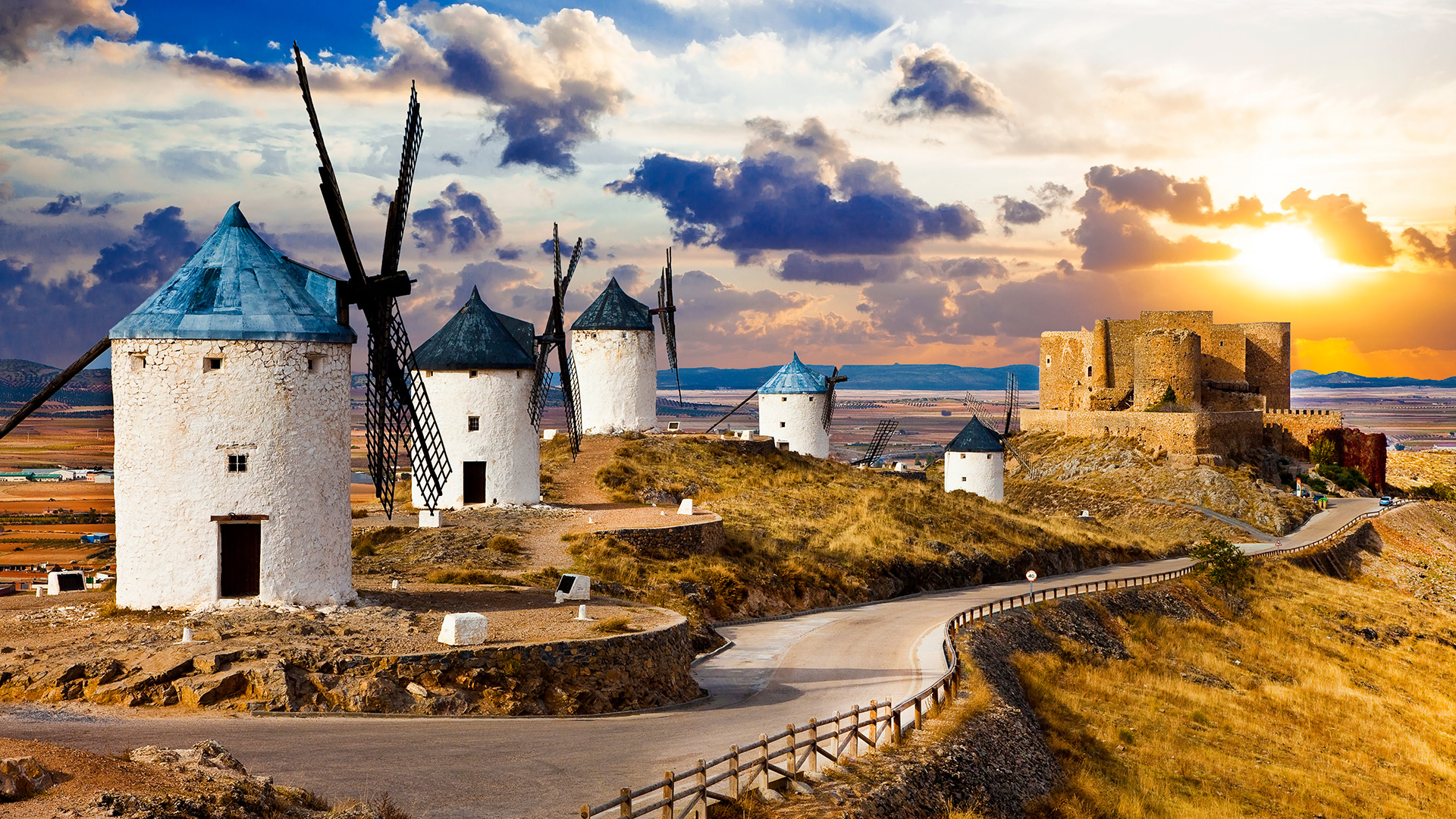 The landscapes of Cervantes

Castilla la Mancha is an autonomous region located to the south of Madrid, the country’s capital. It is situated on the plateau of Spain and averages an altitude of more than 700 metres above sea level. We propose a unique tour including visits to places unknown to many.

The real world of Don Quixote de la Mancha, the hero of Cervantes’ famous novel, still exists today. Travel back in time and visit the same windmills that the fictional nobleman battled, believing them to be giants.

Whilst travelling in this lesser known area of Spain be adventurous and stop to taste the local gastronomy in a typical country Venta or inn.  For example, Pipirrana – a diced vegetable salad, Pisto – a kind of ratatouille or Migas del Pastor – literally Shepherds Breadcrumbs but surprisingly tasty when the other ingredients are added.  The region’s best-known product is probably Manchego cheese.  It is also very well known for marzipan and is the largest producer of saffron, the highly valued seasoning used traditionally in Spanish cuisine and especially in the iconic dish of paella. This is also an important wine producing area with several different Designation of Origins (similar to the French Appellations (La Mancha, Valdepeñas and Jumilla amongst others) and visits to wineries can be arranged.

Castilla la Mancha boasts two World Heritage cities, Toledo and Cuenca.  Toledo is the capital of the region and preserves the Moorish, Christian and Jewish culture that mark the history and the identity of Spain as a country.  Toledo is only one hour from Madrid by car and perfect for a city break.

The walled city of Cuenca is perched high above the surrounding countryside and was in medieval times a formidable fortified city; the well-preserved historic centre is now a World Heritage site. It is also famous for the houses built hanging above the gorge of the river Huécar and has a good selection of museums.